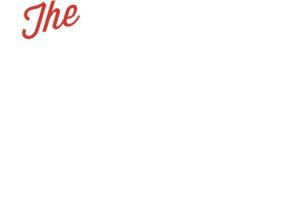 Some ideas grow organically through circumstance and fate. At least that’s how The Ohio House was created.

Brandon Stump came to California in 2008 looking for a fresh start after being treated in more than five rehabs and sober livings in his home state of Ohio. He entered a sober living with the intention of becoming a new person, but soon realized that simply moving across the country was not sufficient for full recovery. He could move away from Ohio and the friends and places he was uncomfortable in, but he would still be left with himself- just in a more uncomfortable and unfamiliar place. He spent eighteen months in California, in and out of both higher-end and indigent detox centers, rehabs, and sober livings before he grasped a solution and started building a foundation of real sobriety. At four months sober, he went back to visit his hometown where he was confronted by two different friends from his past, both shocked by the transformation and wondering what he had been doing. In the next few months, he received a phone call from both of the friends, saying they wanted what he had. Both of them flew out to Orange County separately, and soon the three Ohio friends were staying sober and leasing a house they jokingly called The Ohio House.

To the surprise of everyone who had known him just a year before, Brandon found himself building a successful career. However, upon returning from a work trip, he found both of his roommates using and drinking at the house. The three tried to put together a structure that would allow the other two to stay sober, but soon Brandon was left with a three bedroom house to himself. In brainstorming a way to simply pay the rent, he got the idea to allow other men that were struggling with sobriety to stay at his house. He applied the same methods he had tried with his former roommates to establish accountability. There was turnover, but in time, more and more of the men coming to stay at his house were staying sober. He saw that he would need another house. Soon after the second house was filled with men, he realized he had to give up either his career or managing the houses. In what seemed like a crazy decision to many (not the least of which was himself), he chose to commit himself to the work that was more rewarding to him, although far less financially certain.

Since that time, he has watched his original Ohio House turn into a network of 96 total beds, all housing men that are drastically changing for the better, like the “original 3”. He implements methods he saw work at all of the drastically different programs he went through during his struggle to stay clean. Of the two other original Ohio House roommates one now has multiple years of sobriety, and one is back in Ohio. It is important to Brandon that you know the story of how The Ohio House came to be. The circumstances surrounding its start were less than ideal and seemed at times to be without purpose. He could never have predicted that the path of uncertainty he found himself on would lead to a path of continuous sobriety for not only himself but for many more men.

The Ohio House Tradition continues with the addition of multiple properties in Orange County, CA. Each house has a manager that has been intimately involved in the structure of The Ohio House. As the family has continued to grow, there was one piece missing that would set The Ohio House apart and complete the family unit. Brandon’s brother Ryan has come out to join him in managing the residences by identifying with the family of the addict/alcoholic. Ryan had watched his brother lead a life of destruction through drugs and alcohol and has a empathetic approach to helping other families of our residents understand and cope with these tragic circumstances. Ryan had hope, that hope turned in to faith and that faith formed an unbreakable bond with his once estranged brother. This bond is shown to every resident and their families, because we are family.

The Ohio House is best described as a brotherhood. Our average age is 24 years old and our average length of stay is 7months. The Ohio House empowers men to achieve long lasting sobriety and most importantly, happiness and health. Our community strives to create a lasting foundation that is built of integrity, trust, safety, accountability, support, and fun.

Our residences are located in beautiful Orange County, California. The beach, shopping, colleges and employment opportunities are all within a short distance. Orange County has hundreds of twelve step meetings per day and many are within biking distance. Please use the form below to inquire. Thank you.

Name must not be empty.

Message should not be empty.

Thank you for contacting The Ohio House. We will get back to you as soon as possible.